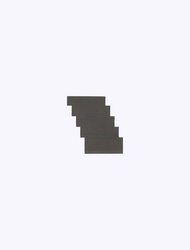 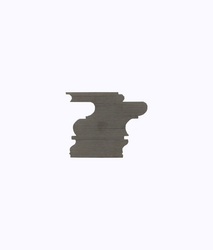 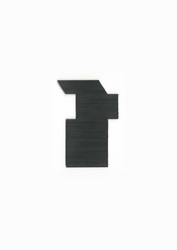 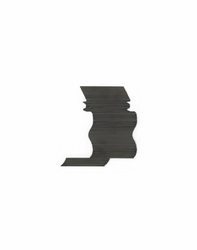 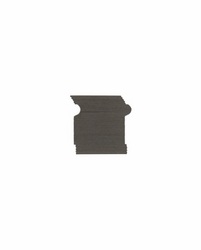 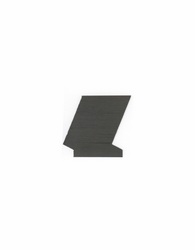 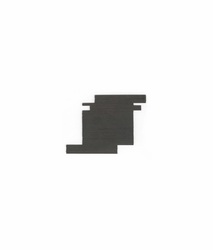 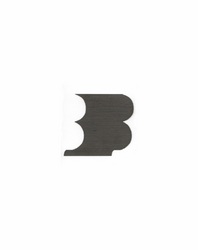 Parergonality: Thoughts on Framing and Drawing

Parergon.  [L. an extra ornament in art, Gr. by-work, subordinate or secondary business, beside or in addition to the main work.]  1. In Painting: Something subordinate or accessory to the main subject; hence generally and fig. ornamental accessory or addition, grace, embellishment.  2. By-work, subordinate or secondary work or business; work apart from one’s main business or ordinary employment.  Also a work, composition, etc., that is secondary to or derivative of a larger work; an opusculum.  3. A supplemental work.1

During his analysis of the aesthetic object, Kant uses the example of a picture frame to illustrate the non-essential, external complement of the work of art.2 Providing a border, protecting the interior and separating the inside from the outside, the frame remains permanently subsidiary to the work it contains, while continually focusing attention on its contents. Such objects, termed parerga by Kant, are relegated to the realm of the ornamental; they function only as extrinsic additions to an intrinsic form or meaning.  However, simultaneously sitting at the edge of the work of art and at the edge of the wall on which the work of art rests, the frame as parergon straddles the border of two supposedly discernible limits, creating an indeterminable space between inside and outside.3

Echoes of this uncomfortable idea of being unable to distinguish boundaries are articulated in Henri Michaux’s poem Shade-Haunted Space:

‘Space, but you cannot even conceive the horrible inside-outside that real space is. Certain (shades) especially, girding their loins one last time, make a desperate effort to “exist as a single unity.”’ 4

The frame is a ‘horrible inside-out,’ not just a border, but a ‘border-line surface,’5 the point at which inside/outside seeks to become one. Pushing this analogy further, and applying it to the realm of drawing, it seems possible to suggest that the material of drawing (a stick soaked with pigment, a piece of charcoal, a sewing machine, a piece of wire, a knife, a pencil) is a parergon – the artist the interior (thought), the drawing the exterior (surface), the material a point that bridges borders as it touches a surface.

If this seems to be stretching a point, perhaps using the dictionary definition of the parergon to link an historical notion of drawing as a subordinate medium to painting and sculpture prior to the 20th century, with that of drawing as a by-product of artistic thought will suffice; it is the idea that is paramount and the drawing that is subordinate, much like functional writing – a means to an end, not necessarily the end in itself.  In a way, making any mark on a surface is a by-product of the process of pushing, pressing, sticking, stroking, rubbing or cutting: drawing then becomes secondary to touch, to movement, intimately tied the body, referencing internal thought processes and external sensations.6

Representing the distinction between outside and inside (through the contour of a line and the delineation of sections of a composition), as well as acting as a container for an idea or concept, drawing can be seen to function in the same manner as a frame: as a structure, or support, allowing an idea to be transferred into another medium; as a means of articulating, creating, shaping or forming - a frame of reference; or as a system, in the sense of a process and a series of rules that are executed, like geometry or co-ordinate axes - a reference frame.  To frame is to isolate, to look at a frozen moment in time, and despite the possibilities of imagining the movement of the artist’s hand when composing an image, or the ability of line to hint at movement (even a series of animated drawings can only pretend to move) – looking at a drawing then becomes a system for providing false evidence; a frame-up, so to speak.

A frame is also a fragment, an element of another object separated from its whole; a skeleton, a cell, a chemical element, a film still, a line.  Similarly, a study of drawing in the 20th century could reveal that the elements of traditional drawing have undergone a fragmentation, like an atom, blasted into little bits: no longer exclusively parts of a homogenous whole, the shadow becomes an outline, the outline a contour, the contour a line, the line a mark, the mark a trace, the trace an imprint, the imprint a blot, the blot a stain – each becoming a valid object for sole artistic study.

Now able to follow its own trajectory, the element that is line can be seen to have developed an autonomy, breaking with the tradition of linear perspective and naturalistic rendition7 through its journey from cubism to abstraction in the first part of the 20th century (Picasso, Braque, Kandinsky, Len Lye, Klee, Mattise, Jackson Pollack), onwards to hit conceptual gridlock and graphology in the second half of the 20th century (Sol LeWitt, Cy Twombly, Carl Andre, Bridget Riley, Agnes Martin, Gego), and through to the 21st century, emerging from machines, man-made objects, light, computers, self-confession, obsession, diagrams and plans (Rebecca Horn, Cornelia Parker, Grayson Perry, Katy Dove, Tracy Emin, Sue Arrowsmith, Sarah Woodfine). Norbert Lynton observed that ‘drawing is a machine to which the hand and brain of the artist become adjunct. Who operates the machine? The artist, of course.  But once set in motion, the machine goes by itself.8’ This machine could very well be the autonomous line; the artist an assistant in its production, a supplement, a parergon.

Looking at line in terms of production can lead us from the idea of line as an autonomous force to look at line as a physical material, investigating the substance at the heart of the modern pencil. The earliest pencils were made from lines of graphite, originally thought to be a type of lead and consequently called wadd, black lead or plumbago9.  Hewn direct from the ground, sticks of graphite were wrapped in string or inserted into a hollow reed to stop the soft black surface soiling the hand that gripped them. The desire to mould and extrude plumbago and to vary the tone of the graphite line by altering the relative hardness or softness of the graphite, developed from the waste produced by this hand-cutting of blocks of graphite.10  Experiments to discover binding agents that would achieve this aim involved mixing graphite powder with a range of other substances, including shellac, sulphur, wax, and gum tragacanth.

The production of the modern pencil lead is based on treating the graphite as a ceramic material, mixing the powder with clay and water, and firing it at a high temperature.11  As well as changes in the way that graphite was produced as a material, the casing for the pencil developed alongside scientific and technological advancements.  From string to wood, to metal and plastic, utilizing the techniques of engraving, casting and jewellery making, the casing for the pencil became ever-more elaborate.  By the turn of the 19th century the fake-lead, carbon rich line became automatic, emerging seamlessly from the mechanical, ever-pointed, magic or automatic pencil.12

These automatic, ready-made lines, with ever-sharp point scatter randomly in a volley of lead if tipped on a surface; when lined up soldier-like they can also be manipulated to imitate the contour of an object – an outline, shadow, silhouette, or profile.  Using various weights and thicknesses of pencil lead, profiles of frames can be made by butting up the leads.  Mapping a series of points on the frame at pencil lead width, the resulting drawing is in essence a parergon of a parergon.  Forming a negative on one side and positive on the other, with six centimetres of graphite in between, at no one point does a transition appear to occur.  The resulting shape is neither positive nor negative, but forms both. The frame is transformed from a decorative, inconsequential object into an abstract, sometimes lyrical form, a line drawing, a sculpture.  The material of drawing becomes the drawing itself.

3  Derrida refers to this split in the function of the parergon as ‘a sort of pathology.’ The undecidable nature of the parergon leads to the impossibility of making aesthetic judgements.  Jacques Derrida. The Truth in Painting Trans. Geoff Bennington and Ian McLeod (Chicago and London: The University of Chicago Press, 1987) p.17-147 (p.64)

8  Norbert Lynton. A Walk for Walk’s Sake printed in The Stage of Drawing: Gesture and Act (London and New York: Tate Publishing and The Drawing Center, 2003) p.153

9  Graphite was discovered in Borrowdale, Cumberland in the 16th century. It was not until 1779 that K. W. Scheele proved that it was a form of carbon.  Deborah Crosby. Victorian Pencils: Tools to Jewels (PA: Schiffer Publishing Ltd., 1998) p.15

10  The graphite supply from the Borrowdale mine was eventually limited for sale only in England.  Other sources were discovered, but the Borrowdale supply was unequalled in quality. Deborah Crosby p.15

11  Nicholas Jacques Conte (in France) and Josef Hardtmuth (in Vienna) simultaneous made this discovery in 1794. Deborah Crosby p.15-16.  The modern process for making pencil leads involves crushing graphite and clay, mixing it with water constantly for three days, squeezing the water out, letting it air dry, crushing it again, adding more water to make a smooth paste, which is then extruded through a metal tube, cut, dried and then heated to a minimum of 1000°c. The ratio of clay to graphite affects the resulting hardness/softness more clay makes the lead harder and the line lighter, more graphite makes it softer, and the line darker.  For a much blacker line, carbon black is added to the graphite and the clay.  Steve Ritter. Pencils and Pencil Lead printed in Chemical & Engineering News (Volume 79, Number 42, 15 October 2001) http://pubs.acs.org/cen/whatstuff/stuff/7942sci4.html

12  Deborah Crosby lists 16 different types of mechanical pencil in use in the 19th century. p.60-61